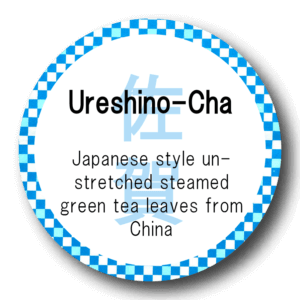 Unstretched steamed green tea doesn’t have a process of the final twisting so the tea leaves look rolled.

Unstreched green tea, “Guri-cha” is mainly produced in Kyushu and Izu in Shizuoka. Especially Ureshino in Kyushu has a long history and famed as a big producer of Guri-cha.

It does not taste so bitter but mild and its rounded shape makes it look beautifully shiny.

Try it and tastes the differences from general green tea.